Paper I : General Ability and Intelligence - 250 Marks The questions in this paper will be of Objective (Multiple Answers) Type in which the questions will be set in English as well as Hindi.

Paper II : General Studies, Essay and Comprehension - 200 Marks
In this paper candidates will be allowed the option of writing the Essay Component in English or Hindi, but the medium of Precis Writing, Comprehension Components and other communications/language skills will be English only.

NOTE-I : Candidates should ensure that in Paper II they write the answers only in the medium allowed by the Commission for the different Components as mentioned above.

No credit will be given for answers written in a medium other than the one allowed in the Paper. Candidates will be required to indicate the medium of Essay Component in the Attendance Lists and on the Answer Book.

No credit will be given for the Essay Component if the candidate indicates a medium on the Attendance List and on the Answer Book other than the one in which he/she has written the Essay.

Physical Efficiency Tests (PET)
Males Females
(a) 100 Meters race In 16 seconds In 18 Seconds
(b) 800 Meters race In 3 minutes 45 seconds In 4 minutes 45 seconds
(c) Long Jump 3.5 Meters 3.0 Meters
(3 chances) (3 chances)
(d) Shot Put (7.26 Kgs.) 4.5 Meters —
Pregnancy at the time of PET will be a disqualification and pregnant female candidate will be rejected. Medical Standards Tests, to check the standards specified in Appendix-VI, will be conducted only in respect of candidates who are declared qualified in the Physical Efficiency Test.

Appeals will be entertained only against the Medical Standards Tests and will have to be made to the Appellate Authority designated by the Ministry of Home Affairs within a period of 15 days from the date of declaration of the results of these tests.

(iv) Final Selection / Merit : The merit list will be drawn on the basis of marks obtained by the candidates in the Written Examination and Interview/Personality Test.

(B) Syllabi of the Written Papers:

Paper I : General Ability and Intelligence The objective type questions with multiple choices in this paper will broadly cover the following areas:

1. General Mental Ability
The questions will be designed to test the logical reasoning, quantitative aptitude including numerical ability, and data interpretation.

2. General Science
The questions will be set to test general awareness, scientific temper, comprehension and appreciation of scientific phenomena of everyday observation including new areas of importance like Information Technology, Biotechnology, Environmental Science.

4. Indian Polity and Economy:
The questions shall aim to test candidates’ knowledge of the Country’s political system and the Constitution of India, social systems and public administration, economic development in India, regional and international security issues and human rights including its indicators.

5. History of India
The questions will broadly cover the subject in its social, economic and political aspects. This shall also include the areas of growth of nationalism and freedom movement.

6. Indian and World Geography:
The questions shall cover the physical, social and economic aspects of geography pertaining to India and the World.

Part-A – Essay questions which are to be answered in long narrative form either in Hindi or English totalling 80 Marks. The indicative topics are modern Indian history especially of the freedom struggle, geography, polity and economy, knowledge of security and human rights issues, and analytical ability. 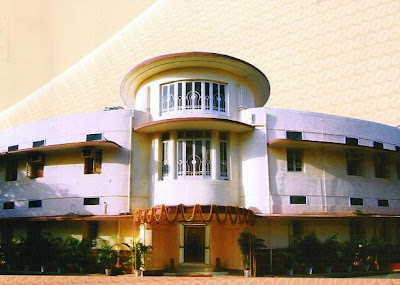