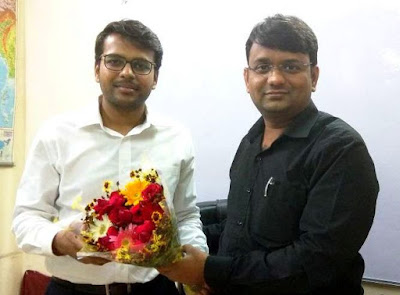 (Photo: Abhishek on left side being congratulated by Director Sanjeev Kabeer)

"My experience at Career Quest was always great. Interview classes and mock interviews gives us real insights of the UPSC interview process. Personal attention, detailed feedback with marks and positive discussions are plus points of the 8 days guidance program." - Abhishek Gupta.

We requested Mr. Abhishek to share his interview experience at UPSC. He meticulously wrote the following transcript. Hope it will be helpful for you to understand the UPSC Interview format. Mr. Abhishek attended Career Quest IAS Interview Training Program.
You may contact him at abhishekn04d@gmail.com

Q. Do you know about some funny statements being made by Bangladeshi politicians with respect to India?
A. No Sorry Sir.


Q. Okay! Do you know what is happening in Sri Lanka? Can you tell me the exact reason for same?
A. Yes Sir. There is currently Emergency being deployed in Sri Lanka. It is because of communal tensions between Sinhala and Muslim Community. A local feud in which some individuals from both communities were killed is responsible for same.


Q. What is Tax heaven? Name some of them?
A. Tax heaven is a sovereign jurisdiction where tax rates are remarkably low and used by corporates and individuals to evade taxes…Cayman Islands, Mauritius, Hong Kong, Singapore, British Virgin Island etc.


Q. How does being a Tax heaven helps the host country?
A. It attracts a lot of investments and helps to ignite a thriving financial and banking sector.


Q. Companies like Apple, Microsoft, Google etc. place their profits into these tax heavens resulting in huge losses to developed countries like USA etc. so why these big and super power countries do not take any action against such companies?
A. Sir, there is already a program called Base Erosion and Profit Shifting (BEPS) started by OECD countries which is aimed to tackle such illicit practices by tax heavens. However, the big corporates lobby with lawmakers of developed countries to influence and undermine the measures being deployed by developed countries.


Q. I can see you have written in your DAF that you have an “interest in learning French language”, So, have you really done something here or it is a mere ‘interest’?
A. Sir, I have done French Certificate Course from Delhi University and Part A & B of Level A1 from Alliance Français de Delhi.


Q. Is this Alliance Français situated on Max Mueller Marg?
A. Hmm…Yes sir… (Chairman not much satisfied) …Sir it is situated close to Indian Habitat Centre… (now satisfied).


Q. Okay… So why do you want to learn French?
A. Sir, firstly, I wanted to learn French language as a hobby because it opened the doors to French culture and society for me to learn; secondly, it provides a lot of opportunities for employment because MNCs prefer candidates with a learning of foreign languages and finally, because foreign governments like French and German provides many scholarships to students who know French.


Q. So why did you not learn Mandarin which has even better opportunities these days?
A. … (after thinking for a while) … Sir, during my internship with AIESEC’s Community Development Program, I came across in touch with French students and due to that personal exposure with French language, I decided to learn the same.

Q. Why oxygen levels in oceans is declining?
A. It is because of dumping of waste materials in the oceans which is leading to rise in Chemical Oxygen Demand (COD) and Biological Oxygen Demand (BOD) due to acceleration of decomposition of waste.


Q. This is one reason, tell me something relating to Climate Change?
A. Please allow me to think about it… Due to warming of waters in the oceans, there is a layer in the oceans which rises up and leads to dissolution of calcareous substances leading to rise of CO2 and decline of O2.


Q. What is the target for inflation in India?
A. Four plus-minus two percent.


Q. Why does countries do not target zero percent inflation?
A. A certain level of inflation provides motivation to produce and sell giving a boost to economic activity of an economy.


Q. So why certain developed countries like Japan are persisting with zero and even in some cases negative inflation rates?
A. Sir, every country is trying to reach optimum level of inflation and Japan etc. are no exception. In Japan, ‘Abenomics’ is there to tackle deflationary pressures.

Q. What are the merits and implementation challenges for GST?
A. Sir, GST provides us ‘one good one tax’indirect tax regime and establishes a ‘common market’; it will reduce the cascading effect of indirect taxes by ensuring that taxes paid in one state are ‘vatable’ in another, thereby, reducing cost of consumption and boosting manufacturing; significantly, Ease-of-Doing Business has improved due to online compliances and self-certification; Inverted Duty Structure has been reversed giving a push to Make-In-India etc. As far as, implementation issues are concerned E-Way Bills are facing major hiccups.


Q. In the past, Masulipatnam and Surat were huge textile sectors but they declined, in this context, comment on the future of textile sector in Ludhiana?
A. Sir, I see the textile sector of Ludhiana to have a bright future because: · There is plenty of raw materials—wool from Himachal and cotton from Punjab; · There exists a huge entrepreneurial class with abundant capital in hand; · Satellite towns near Ludhiana are now emerging as new sites of manufacturing textiles due to lower cost of living there thus cutting cost of production; · On international front, the cost of production for China is rising sharply reducing their competitiveness and giving us a competitive edge.


Q. What is this HNMUN written in your DAF where you participated as Head Delegate?
A. Sir, it is Harvard National Model United Nations conference which is a simulation of actual UNO helping students to learn about international relations and diplomacy. The said conference was conducted by Harvard University in the city of Boston.

Q. what is this Association of Independent Directors (AidIndia) where you worked as an Intern?
A. Mam, as per new Companies Act, 2013, there is now requirement of specialized NPOs to act as recruitment and placement agencies for Independent Directors and thus, this organization was formed.


Q. What are the roles to be played by an Independent Directors?
A. The role of independent directors is very important with respect to corporate governance: · They are to provide an independent opinion with respect to integrity of financial statements of the firm; · They will provide expert advice on strategic issues being faced by the firm; · They will protect the interests of the shareholders and in particular the interest of the minority shareholders.


Q. Don’t you think Independent Directors have failed to perform their above roles in the light of Satyam/Kingfisher/Sahara etc. scams?
A. Certainly, mam they have not lived up to the expectations and could have done far better.


Q. There was a well in a village which got lost and everybody started looking for the same…however, it was soon realized that there was no well that was constructed and it was all fraud and the money got siphoned off, now, as an administrator what you could have done here? A. Mam, the basic issue here is lack of transparency and accountability. We have so many institutions but the main problem is that people don’t have awareness about their rights. Here, in the present case, we could have used the mechanism of Gram Sabha through which Social Audit of above project could have been ensured. This would have ensured good governance.

Q. You’re birth place is written as “Khanna” …Is it like that only ‘Khannas’ live there?
A. No Mam, the word “Khanna” in punjabi means ‘a small quarter’ and because the city was very small in past time, and thus was named so.


Q. Okay, you know that the said community Khanna also dominate in our Bollywood and if we see broadly then the whole Punjabi community has a dominance in Bollywood…why is it so?
A. Mam, before partition Sindh (specifically Lahore and Karachi) used to be a hub for film-making and hence due to geographical proximity Punjabis use to dominate there. But after partition these Punjabi actors and actresses moved to Bombay which became a hub for film-making for independent India and hence, there is continuation of some dominance of Punjabis in Bollywood.


Q. Why Haryana after partition from Punjab did not recognize Punjabi as an official language despite there being a significant population of Punjabis in Haryana? Instead they chose ‘Tamil’ as one of their official language?
A. Mam, it was because of Three-Language Formula under which all Northern States had to adopt Hindi and English, alongwith, one South-Indian language. So, Haryana went for Tamil.


Q. Do you know about “Times up” campaign?
A. Mam, the “Time is Now” campaign is started by UNO on today’s Women Day (8th March)…


Q. (chairman interrupted) It has something to do with Hollywood…
A. Thank you Sir, I knew its other name i.e. “#Me Too campaign” which is started against sexual harassment in the Hollywood. This campaign was started in the backdrop of revelations made by a Hollywood actress Ms. Rose McGowan against big Hollywood producers who sexually exploited her.


Q. Why the sex-ratio of Punjab is so poor?
A. Mam, there are several reasons for same: · Historically, due to repeated invasions by invaders on the lands of Punjab, girls’ security was a major issue · After Green Revolution, the land prices rose exponentially and due to patrilineality, nobody wanted to dilute their landholdings by having more girls instead of boys · Old-age care by boys due to patrilocality · Son preference due to patriarchal nature of society · Dowry · Rituals requiring presence of son


Q. So, what are the steps being taken by the govt. to tackle the above menace?
A. Legislative measures in the form of PCPNDT Act; Financial incentives for girl child and Behavioral Change communications via. Schemes like BetiBachaoBetiPadhao and Sukanya Samridhi Yojana; recent changes in the Maternity Benefit Act to improve LFPR among female population etc.


Q. So, is the situation improving?
A. Yes, mam the child sex ratio is improving for Punjab, however, the Meta-Preference for Son is still there as highlighted by Economic Survey. 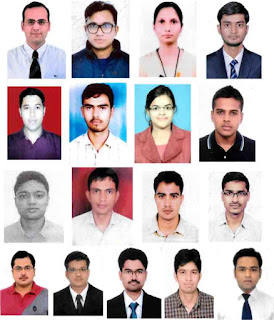